Listing ID: 6626 Here is a Horse for the Rodeo Family! 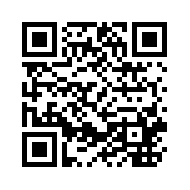 His first ever race was April 2020, 2D Futurity Winner, Won 3D in August 2020,  Placed 3D and 4D at the Super Show in touch N Tx competition.  Has won over $1000 at Big North Texas Races over the last month.  Was 4th overall at 6 week series.  He is just starting his career.  Still Derby Elibigle, FF paid up.  He is just getting started and being seasoned.  He is not a free runner, push style.  Has never hit a barrel! Same run every time, Does not cheat! Will take an aggressive rider.  He is stout! I think he would be an amazing Head/heel/breakaway horse  as well, due to his mass and strength.   He is on the lazy side but when hes going after a steer he pins his ears and locks in.  I track my steers and donkeys at home.  He is 100% sound and very sane.  Has old scar on Foot from injury as 7 mos old, totally 100% xray clean (can provide) He is very broke and quiet. He does not fit my style as I am not as aggressive as I used to be and prefer a free runner.  I think he would make an amazing addition to a home where someone could Rope on him then turn around and run barrels.  He is a big ham and very personable.  Easy to catch, load and haul.  He will stand quietly at the trailer all day.  He is still young and needs confidence.  He is a 1/2 brother To the horse Angela Ganter went to the CNFR on.  He is not a spooky horse.  He is the type of horse that the harder you ride him the better he does.  I have tons of runs on video from the first run to just a couple weeks ago.  He is a super nice horse just waiting for the right family.  He would be great for a High School rodeo family.  Tons of videos upon request.  No tire kickers, No trades! serious inquiries only please.